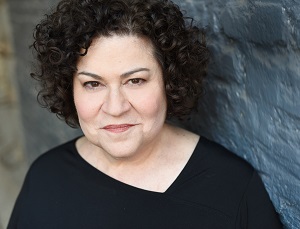 Cindy Gold (Fezziwig/Chestnut Seller) last appeared at the Goodman in Measure for Measure. She won a Jeff Award for her role as Gertrude Stein in Frank Galati’s and Stephen Flaherty’s musical Loving Repeating (About Face Theatre, MCA Chicago). Other Chicago-area credits include Indecent (Victory Gardens); Cat On A Hot Tin Roof (Drury Lane); Show Boat (Lyric Opera of Chicago); Love, Loss, and What I Wore (Broadway in Chicago); Awake and Sing!, Pride and Prejudice and Jekyll and Hyde (Northlight Theatre) and Moisés Kaufman’s 33 Variations workshop (About Face Theatre, Tectonic Theater Project). Cindy appeared at the Kennedy Center in The Daughter of the Regiment, sharing a role with RBG, and in Glimmerglass Opera’s The Music Man in New York and at the Royal Opera House in Muscat, Oman. TV and film appearances include Leverage, Chicago Fire, Empire and the recently released feature, I Used to Go Here. She is a Professor of Theater at Northwestern University.