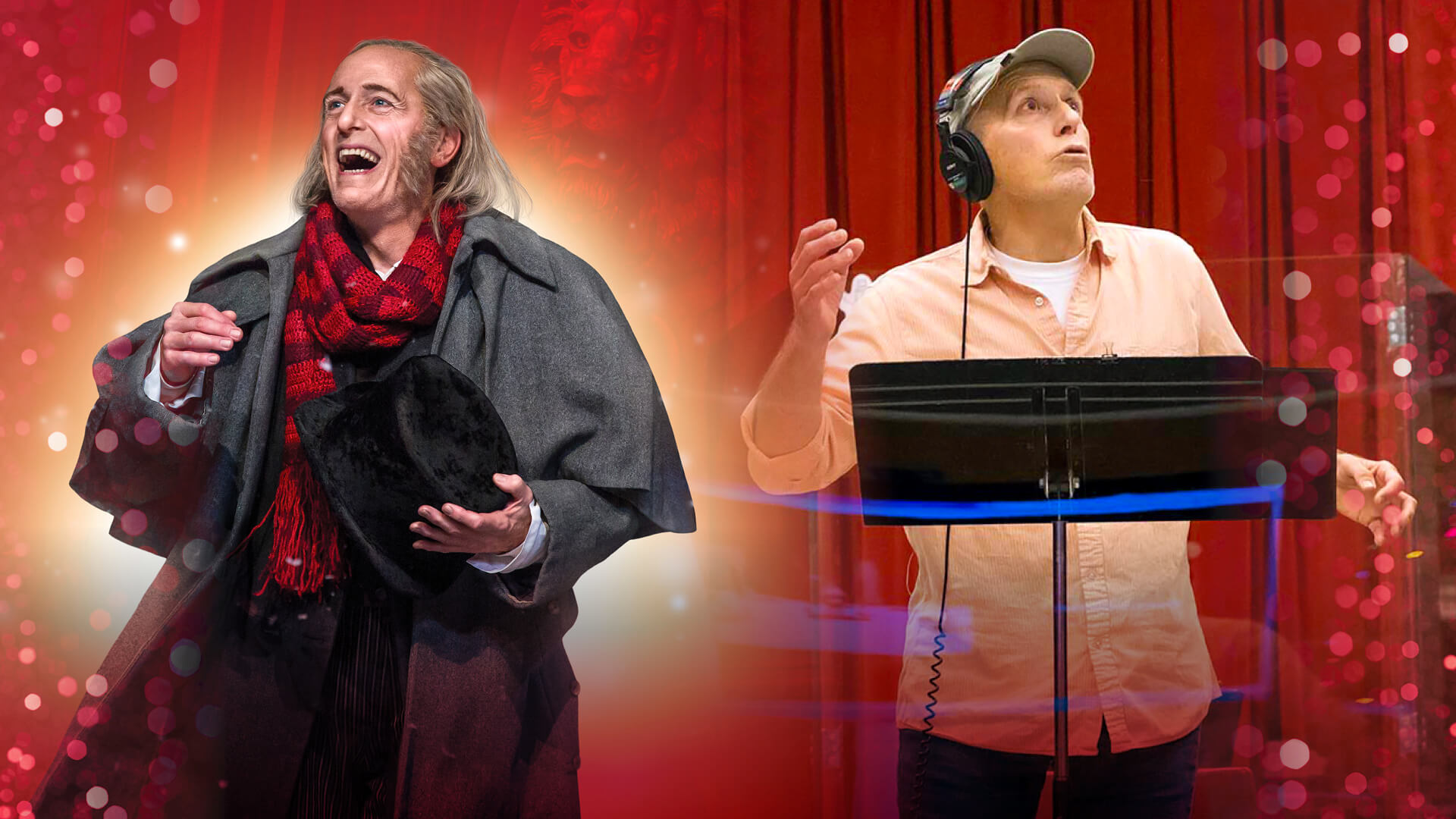 For more than four decades, Goodman Theatre’s A Christmas Carol has been a preeminent holiday tradition in Chicago, with nearly two million audience and family members experiencing the production.

It began in 1978: Grease was on the big screen, Jimmy Carter in the White House and the Saturday Night Fever soundtrack topped the charts for 24 weeks. In Chicago, a talented young theater producer was looking for the perfect holiday show to offer audiences at a time when such productions were scarce. Goodman Theatre Executive Director Roche Schulfer, inspired by his longtime love of Charles Dickens’ classic story—in particular, Scottish character actor Alastair Sim’s version—suggested that Goodman Theatre produce A Christmas Carol. A tradition was born.

“Marley was dead: to begin with.” With those words, on November 28, 1978 actor Val Bettin launched what would become one of Chicago’s most enduring theatrical traditions: Goodman Theatre’s A Christmas Carol. The inaugural production, directed by Tony Mockus, featured William J. Norris as Scrooge and Bettin as Charles Dickens, acting for several years as the story’s narrator. Mockus’ production also featured a sampling of Christmas carols from around the world as the Ghost of Christmas Present and Scrooge navigate their time together.

Legendary improv director, actor and writer and iO Theater founder Del Close appeared as the Ghost of Christmas Present, returning for several engagements. (Fun fact: Upon his death in 1999, Close requested his skull be donated to the Goodman to be used on stage.) Throughout the years, a number of notable Chicago actors have played the jovial spirit, including A.C. Smith; Ernest Perry, Jr.; Tony Award nominee Felicia P. Fields; Alex Weisman, Ora Jones, Lisa Gaye Dixon and more. Fans of the production will fondly remember Bradley Mott for the warmth and infectious spirit he brought to this role, as well as to the role of Mr. Fezziwig. We mourn his passing earlier this fall.

Lighting designer Robert Christen designed the first production, returning each year until his untimely death in 2014. Among many beautiful effects, Christen created one of the show’s most awe-inspiring moments: the magical panorama of stars.

A Christmas Carol isn’t only a family tradition for audiences. In the inaugural production, Frank Howard played Tiny Tim, with his brother later appearing as Boy Scrooge. Roger Mueller played Bob Cratchit for a number of years; later, his daughter, Tony Award winner Jessie Mueller, appeared as Scrooge’s love interest Belle in 2009. In 1987, brothers Kevin and John Duda appeared as Tiny Tim and Boy Scrooge, respectively. Goodman Resident Artistic Associate Henry Godinez, who has both directed and appeared in the show, has also seen his wife Nancy Voigts on stage, as well as their daughter Lucy. Musical director and musician Malcolm Ruhl also shared the stage with his adult child, Maddi, in 2015.

In 1985, Larry Schanker brought live music to the production, accompanying the cast with his arrangements of traditional carols and original compositions. One song, “Evergreen,” became a theme for the production that appeared for nearly 15 years.

A seven-time Scrooge, Tom Mula extended his love for the Dickens’ tale when he penned the novella Jacob Marley’s Christmas Carol, which continued the story of Scrooge’s former business partner. He later adapted the piece into a one-man show he performed, directed by Steve Scott in the Goodman Studio Theatre in 1998 and 1999.

Closing night of the 2000 production marked the final performance of the Goodman at its home at the Art Institute of Chicago; that evening, dozens of previous cast members appeared onstage for a curtain-call toast to the old space. The next year, A Christmas Carol celebrated its first year at the Goodman’s current home on Dearborn Street with a magnificent new set design by future Tony Award winner Todd Rosenthal.

In 2000, Robert Schleifer, a deaf actor who at the time worked in the Goodman Box Office, played the Ghost of Christmas Present. Director Henry Godinez worked with Schleifer to communicate with Scrooge using sign language, while an off-stage voice expressed the ghost’s intentions.

Famed Chicago-based actor Larry Yando first stepped into the role of Ebenezer Scrooge in 2007, and has earned consistent critical and popular acclaim for his unique take on the role ever since.

Continuing its efforts to make theater accessible to all, in 2017 the Goodman introduced its first-ever sensory-friendly performance of A Christmas Carol for families with members who have autism or other social, cognitive and physical challenges.

This season, in a year like no other, the COVID-19 pandemic necessitated a unique pivot: the Goodman offers A Christmas Carol as an audio play. Featuring a new director—acclaimed Chicago-based artist Jessica Thebus—with familiar voices and signature soundscape, Dickens’ classic tale comes alive as never before. The Goodman is fortunate to partner with Chicago Public Radio to give the audio play an even wider reach, as it will air on Christmas Eve and Christmas Day on WBEZ and VOCALO. Streaming free of charge, the audio play is the Goodman’s gift to its Chicago community. May it bring to you and those you love a measure of joy and comfort during these difficult times.